From producing hardstyle in her bedroom in 2017 to the release of her very first own Frenchcore track in 2020 and her debut at no other festival than Defqon 1 in 2022. In the last two years, Doris had a jump-start in her career. Learn more about this new talent on the Frenchcore sky in our latest article.

And from the ashes – DOris will RIse

Nightowl, ice cream lover, League of Legends player, and Frenchcore DJ. – That is Doris Maas, 22 years old from Breda in the Netherlands. Being an absolute night owl, she loves to produce her tracks, such as Hold Me Close (164.330 streams on Spotify) or her latest single Create & Destroy (23.118 streams on Spotify), in the middle of the night from her bedroom. She is also a sucker for a good wave to surf. If she doesn’t produce music, she probably plays a round of League of Legends or feeds her addiction to ice cream.

Doris is has been producing music since 2017. She started off with Hardstyle before she fell in love with the fast tempo and harder kicks that are the characteristics of Frenchcore. Especially because the style matches her personal energetic vibe a lot. Fun fact: Doris has always been a computer nerd, as she says herself:  ‚I love technical stuff and I’ve been gaming my whole life, which you might not expect. I also like fantasy/science fiction movies/series. At the moment I’m a very big Stranger Things fan. Is anyone down to play Dungeons and Dragons with me? 😂 ‚

Peacock in Concert, Easter Rave, Titanium Festival, and then DEF-QON ONE – Doris has had a stellar career since the release of her first track, Battle of Life, in 2020. Within her first year of playing on stage, she performed at some of the biggest and most known Harder Styles and Frenchcore events of our scene.

This summer, Doris played at most of our big outdoor events: Decibel Outdoor, The Qontinent, Forbidden Island, or Dream Village. There were barely any events where her name was missing from the lineup. – And that was within the first year of her stage debut!

In March 2022 Doris played at the biggest edition of Peacock in Concert so far at AFAS Live. This evening was one of the best moments of her life, as she describes: ‚I was soo nervous. A full AFAS going wild on something you made in the studio is something you can’t describe. I’m still so grateful for that opportunity. Big shout-out to Dr. Peacock and BKJN for making that possible.‘ Being one of the first parties in the general back after COVID-19, I believe it was truly a special night.

Her personal drive is to further popularise the genre of Frenchcore as well as her love for music. It was only in March 2022 that the young talent announced she was now officially part of the BKJN Future label.

From film score pieces to ‚weird‘ rhythms and sound effects

The emotional film score and orchestral pieces combined with hard and fast Frenchcore kicks, that’s how you can best describe Doris‘ style of music. She is a huge fan of movie composers such as Hans Zimmer, James Newton Howard, or Two Steps from Hell, ‚It’s sick to see how they combine multiple melodies and instruments, and how every instrument has its own unique function.‘, she says. But not only that. Recently she has been experimenting with weird rhythms, patterns and sound effects as well as heavier kicks in the first and last portion of her track. ‚You’ll see it in my upcoming releases, I guess. I really tried to find my own unique style in the past months :)‘, Doris reveals. I guess we can be curious about her upcoming music and see in which direction the Dutch youngster develops with her style.

Playing her first time in Germany, on one of the biggest harder styles events in the country, Doris Maas definitely didn’t know what to expect from the German crowd yet. ‚But the German crowd is crazy, you guys know how to party, she says. A hyped and energetic crowd at 3 o’clock at night is for sure a great first experience to play at. ‚Thank you for that dedication, I loved it‚, Doris further.

From her own bedroom to her debut at Defqon.1 2022

Something, that probably most young DJs of our scene dream of. – Their very own debut at the biggest Harder Styles Festivals in the world and the mecca for most national and international fans of our genre. And something that a lot of artists takes years to achieve. But Doris played within only 2 years of the release of her first Frenchcore track at the talent stage (purple) at Defqon 1. Doris describes her experience at Defqon.1 like that:

‚Defqon.1 was also a dream coming true. When I entered the stage it was really empty, and I felt a bit disappointed because I worked 2/3 months on that set. Made a lot of new live edits and 5 new tracks. But after I played my first track the stage filled up and in the end, I had a packed stage. So sick to see all those people coming for you. Someone even made a sign with pictures of me on it, really dedicated.‚

The Story behind Battle of Life

Battle of Life, Doris‘ first track ever released has over 221.519 streams to this day on Spotify alone. The combination of really emotional instrumental parts and heavy Frenchcore kicks really displays her love of the usage of instruments in her tracks. And no other than Frenchcore-icon Dr. Peacock himself feedbacked Doris on the first version of the track. In his harderclass, he asked for tracks to look at with his own experience in making Frenchcore, so Doris took the chance and showed him her piece.

After making some adjustments, it became her first release ever. And exactly that story proves even more the meaning behind the track. Doris explains: ‚If you really want something you should go for it. You’re the only one responsible for your successes or setbacks. Sometimes life throws a lemon, but it’s up to you what you do with it right?‘

Whether Headhunterz, Technoboy, or Dr. Peackock, everyone started small once. Although Doris is still at the very beginning of her career, she definitely has a few tips for you on how to learn to be a DJ. Her best friend in learning how to DJ has been and is definitely still on YouTube as well as the online portal harderclass.com. One thing Doris definitely loves about producing is the fact that you can always learn something new.

‚Producing is a skill you’ll never fully learn. There’s always room for improvement, there’s always a new trick to learn. That’s what I love about producing. Every track is different, every day is different.‚ she says. Another big help in learning more, once you are further within your career, is definitely studio sessions with other producers. Furthermore, Doris has another personal tip for all the young producers among you: ‚Oh, and make some time to learn your DAW and your VSTs. You can better have 1 synthesizer that you know really well than 10 synthesizers without any knowledge. But that’s my opinion :)‘

I think, the dream of most young DJs within our scene is to play at Defqon.1 mainstage one day, so also from Doris. For her, Defqon.1 is THE festival of the year, her absolute favorite. Therefore that would be THE dream coming true. But in the near future, she is aiming to produce an album. So we can be very curious about her next musical projects. Further, she tells ‚I also have some dream collabs, I’d love to work with Dr. Peacock, N-vitral, Rebelion, B-front and Phuture Noize one day. For not harder styles it would be Two Steps from Hell, Skrillex, Illenium or Camo and Krooked.‚

Where you can find Doris

Curios now who Doris is? Definitely go check her out on her social media channels. You can find her on Instagram, Facebook, and Spotify.

The outdoor season is just over, but you can’t wait until you can finally go camping again? Then find out everything about REBiRTH Festival ticket sales here!

Lisa
'This is the world we know best, the world of madness.' - World of Madness - Headhunterz, Wildstylez & Noisecontrollers 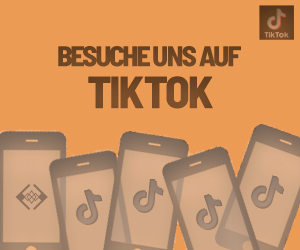